HOME | STYLE | FAQ | CONTENTS | AUTHOR | ABOUT US | LINK | DL | CHANNEL | CONTACT US | SOCIAL SITES
ALL ARTICLES | SOUTH ASIA | WOMEN RELATED | I NTERNET | PHILOSOPHY |
NEWS | JOKES | QUOTES | VIDEOS |
WEB PAGES
OUR OFFERING
UPLOADED ITEMS
QUESTION * Why are there so many articles on different subjects?
OUR EMAIL kri200@womenspowerbook.org
* Why are there so many accounts on Twitter?
QUESTION
Raise the vol to listen to the lady airing awe @ the SINGLE author encyclopedia
World’s encyclopedic knowledge compacted in your hand
SHARE On Facebook On Twitter On Digg On Google +
BLOGS MODERN WORLD HUB WOMENSPOWER HUB WEB PROMOTION HUB SPORTS POWER HUB
Mutairi said free women must be married with a contract but with concubines 'the man just buys her and that’s it. That’s enough to serve as marriage.' Her remarks, made in a video posted on YouTube last month and carried by newspapers in the Gulf states in recent days, have sparked outrage in cyber-space from fellow Kuwaitis and others in the wider region. 'Wonder how Salwa al Mutairi would’ve felt if during the occupation (of Kuwait) by Iraqi forces, she was sold as ‘war booty’ as she advocates for Chechen women,' tweeted Mona Eltahawy. Another tweeter, Shireen Qudosi, told Mutairi 'you’re a disgrace to women everywhere'. For Muna Khan, an editor at the Saudi-owned Al Arabiya television station, the 'icing on the cake' of Mutairi’s 'preposterous views' was her assertion that her suggestions do not conflict with the tenets of Islam. Mutairi said that during a recent visit to Mecca, she asked Saudi muftis – Muslim religious scholars – what the Islamic ruling was on owning sex slaves. They are said to have told her that it is not haram. The ruling was confirmed by 'specialized people of the faith' in Kuwait, she claimed. 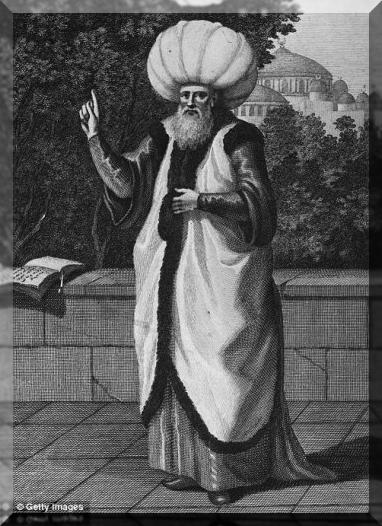 You might also like: Did the Chinese Civilization Contribute to the Modern World? Banned adverts of 2012 - TV and Radio advertisements Sexual Revolution: Herpes epidemic 1 in 5 American Infected