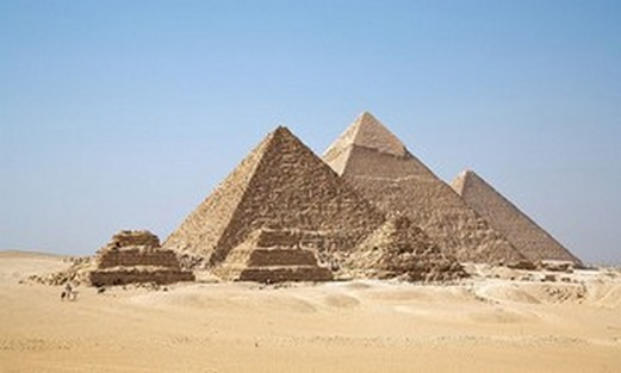 Egyptian security authorities are taking seriously threats by a radical Salafist jihadist leader to demolish the Great Sphinx and the pyramids of Giza, the Egyptian press reported on Monday. Murgan Salem al-Gohary told Egypt’s privately-owned Dream TV2 channel over the weekend that the Sphinx and pyramids are “idolatrous” and must be destroyed, Egyptian daily al-Masry al-Youm reported. The newspaper said Gohary is a jihadist leader with links to the Taliban and that he had previously helped smash Buddha statues in Afghanistan ten years ago. “The idols and statutes that fill Egypt must be destroyed. Muslims are tasked with applying the teachings of Islam and removing these idols, just like we did in Afghanistan when we smashed the Buddha statues,” Gohary said in a Saturday night television interview, according to al- Masry al-Youm. The Taliban destroyed a large number of Buddhist treasures in Afghanistan, including statues that were examples of the country’s long Buddhist history. In 2001, members of the Taliban blew up a pair of giant Buddhas and smashed a large number of art forms depicting humans, according to media reports. Gohary traveled to Afghanistan after serving two prison sentences under then-Egyptian president Hosni Mubarak. After his sojourn in Afghanistan, where he was injured in an US air strike, the Salafist leader ventured to Syria where he was arrested and extradited to Egypt, al- Masry al-Youm said. The Egyptian Interior Ministry source said officials are taking the threats seriously and have “taken the necessary precautions to prevent violations of the law or any abuses of anything in the public domain or archaeological treasures including the pyramids,” according to al-Masry al-Youm. The newspaper also cited a security official who spoke on condition of anonymity and said that the police and security authorities in Giza had “taken the necessary precautions to deal with any aggression” against the pyramids and Sphinx. “They are a source of national income and they bring tourists to Egypt,” the security source was cited as saying by al- Masry al-Youm. Later on Thursday, Egypt’s Coalition to Support Tourism said Gohary’s threats would harm the country’s tourism industry after the international media picked up on the story. CST leader Ihab el-Badry told Egyptian daily al-Ahram that the group planned to sue President Mohamed Morsi and other government leaders for their ‘lack of response’ to Gohary’s threats.
You might also like: Meditation Shown to Reduce Aging And Having Long-term Physical Effects Warning: Stocks Will Collapse by 50% in 2014 The Most Powerful #YesAllWomen Tweets