HOME | STYLE | FAQ | CONTENTS | AUTHOR | ABOUT US | LINK | DL | CHANNEL | CONTACT US | SOCIAL SITES
ALL ARTICLES | SOUTH ASIA | WOMEN RELATED | I NTERNET | PHILOSOPHY |
NEWS | JOKES | QUOTES | VIDEOS |
WEB PAGES
OUR OFFERING
UPLOADED ITEMS
QUESTION * Why are there so many articles on different subjects?
OUR EMAIL kri200@womenspowerbook.org
* Why are there so many accounts on Twitter?
QUESTION
Raise the vol to listen to the lady airing awe @ the SINGLE author encyclopedia
World’s encyclopedic knowledge compacted in your hand
SHARE On Facebook On Twitter On Digg On Google +
BLOGS MODERN WORLD HUB WOMENSPOWER HUB WEB PROMOTION HUB SPORTS POWER HUB
The material presented here is based on a thorough and objective analysis of roots of Vedic words, the context in which they appear, Vedic Vocabulary, Philology, Grammar and other tools critical for correct interpretation of the Vedic mantras. Thus this research series does not merely rely on blind reproduction of works of Max Muller, Griffith, Wilson, Williams and other indologists on Vedas and Vedic language. While they are more popular in contemporary western academia, we have objective reasons to conclude that their works are far from authoritative. We shall explore this facet in more detail in this research series. Welcome to this first part of the research series on critical evaluation of Misconceptions surrounding the Vedas – the first books of knowledge on earth. For centuries aspersions have been cast upon the Vedas; the primary holy scriptures of the Hindus of having unholy contents. If one really started believing in those aspersions, the entire Hindu philosophy, culture, and traditions would reduce to nothing but savagery, barbarism and cannibalism. The Vedas – the very roots of Hinduism, rather the first source of knowledge on earth – are meant for guiding the actions of human being in order to lead a blissful life. This slanderous campaign has been unleashed by different vested interests to embarrass Hindus around the world citing specific references from the Vedas. This also comes handy in convincing poor and illiterate Indians to give up their faith on the grounds that their fundamental holy books – the Vedas – contain all the inhuman elements like denigration of women, meat-eating, polygamy, casteism and above all – beef eating. The Vedas are also accused of animal sacrifice in sacrificial ceremonies popularly known as the YAJNA. Interestingly a section of home-bred intellectuals claiming to have deep study of ancient India has also come up, who cite references from works of western indologists to prove such unholy content in the Vedas. Saying that the Vedas permit beef-eating and cow-slaughter amounts to striking a lethal blow to a Hindu’s soul. Respect for cow forms a core tenet of Hinduism. Once you are able to convince him of flaws in the foundation of this core tenet and make him feel guilty, he becomes an easy prey for the predator faiths. There are millions of ill-informed Hindus who are not empowered to counter argue and hence quietly surrender. The vested interests that malign the Vedas are not confined to foreign and home-bred indologists alone. A certain class among Hindus exploited the rest of the population including the socially and economically weaker sections by forcing them to believe and follow what they said in the name of Vedas or else face the wrath. All the slanders heaped upon the Vedas can be attributed mainly to the interpretations of commentaries written by Mahidhar, Uvat and Saayan in the medieval times; and to what Vam-margis or the Tantra cult propagated in their books in the name of the Vedas. 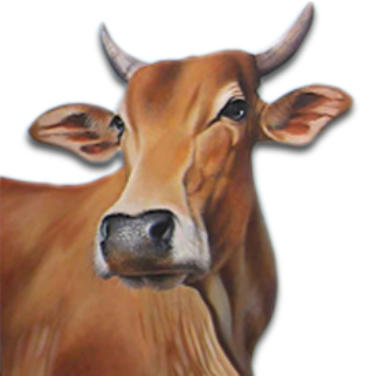 You might also like: 20 of your tales of vegetarian woe Men and Women Really Do See Things Differently Scary Rape Statistics in South Africa & The World