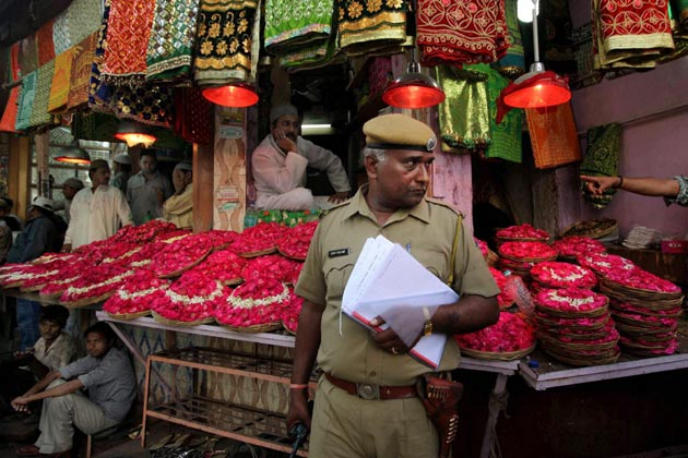 Ajmer: Strongly objecting to actors and producers visiting the shrine of Khwaja Moinuddin Chisti to pray for the success of their films, the religious head of the dargah has called upon Islamic intellectuals and Ulemas to pay urgent attention to the issue. He says that dance and films are taboo in Islam and cinema in general today is promoting obscenity, which is a major reason behind the rapid degradation of moral values in the society. Hence visits by films starts/director/producers for "a kind of promotion of their work" at the religious place is highly intolerable. "The holy place must not be used as a platform for such a purpose that is forbidden and against Islamic law but it is done by film stars repeatedly who come here to seek blessings for their films and propagate the same through media," Dargah Dewan Zainul Abedin Ali Khan, the Hereditary Sajjada-nashin of Khwaja Moinuddin Hasan Chishty, said in a statement here today. "It is surprising that Islamic intellectuals, scholars, Ulemas are quiet on this issue. They should break silence and express their views strongly as they do in other cases. I strongly condemn the visit by anyone who has an unfair motto of coming to the holy place. Not only in Islam, but in any religion, anti- religious activity must never be tolerated," he said. Dewan has also called the Ulemas, who take cognisance and release orders as per the Islamic law, and apprised them of his views before releasing his statement. "I expressed my views to them and said that you should also take appropriate step for this genuine issue. They said that they agreed with me because what is being done here by most film actors, actresses, director, producers etc, is objectionable," he said. "Films, obscenity are absolutely detestable to Islamic sense of ethics and morality and, therefore, considered Haram (forbidden) in Islam but many film stars come here with CD/DVD of their work and offer it while praying for the success of the film or serial, whatever it is, which is absolutely against the Islamic law," Dewan said. "Most of the films today are full of obscenity, double meaning words and expressions, abuses which are casting very bad impression on society and young generation. It is hateful and sinful. I strongly condemn and object to the visit of film actors, actresses, directors and producers to the dargah to seek blessings for such things which are taboo.
You might also like: Women In India Use Smartphones To Map Perverts Prophet of Islam: Mohamed gets the biopic treatment State of the Indian State: Scant Thinkers 3 corruptions& 3 Epidemics: Solving Those & Making It a World Leader