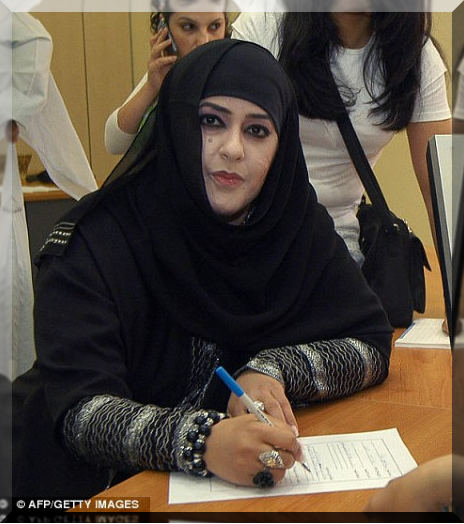 A Kuwaiti woman who once ran for parliament has called for sex slavery to be legalised - and suggested that non-Muslim prisoners from war-torn countries would make suitable concubines. Salwa al Mutairi argued buying a sex-slave would protect decent, devout and 'virile' Kuwaiti men from adultery because buying an imported sex partner would be tantamount to marriage. And she even had an idea of where to 'purchase' these sex-salves - browsing through female prisoners of war in other countries. The political activist and TV host even suggested that it would be a better life for women in warring countries as the might die of starvation. Mutairi claimed: 'There was no shame in it and it is not haram' (forbidden) under Islamic Sharia law.' She suggested shopping for prisoners of war so as to protect Kuwaiti men from being tempted to commit adultery or being seduced by other women's beauty. 'For example, in the Chechnyan war, surely there are female Russian captives,' she said. 'So go and buy those and sell them here in Kuwait. Better than to have our men engage in forbidden sexual relations.' Her unbelievable argument for her plan was that ‘captives’ might 'just die of hunger over there'. She insisted, 'I don’t see any problem in this, no problem at all'. In an attempt to consider the woman's feelings in the arrangement, Mutari conceded that the enslaved women, however, should be at least 15.
FULL STORY
You might also like: 6 Reasons The Guy Who's Fixing Your Computer Hates You 6 Laws You've Broken Without Even Realizing It Daniel Radcliffe's 'The Woman In Black' Draws Most U.K. complaints