HOME | STYLE | FAQ | CONTENTS | AUTHOR | ABOUT US | LINK | DL | CHANNEL | CONTACT US | SOCIAL SITES
ALL ARTICLES | SOUTH ASIA | WOMEN RELATED | I NTERNET | PHILOSOPHY |
NEWS | JOKES | QUOTES | VIDEOS |
WEB PAGES
OUR OFFERING
UPLOADED ITEMS
QUESTION * Why are there so many articles on different subjects?
OUR EMAIL kri200@womenspowerbook.org
* Why are there so many accounts on Twitter?
QUESTION
Raise the vol to listen to the lady airing awe @ the SINGLE author encyclopedia
World’s encyclopedic knowledge compacted in your hand
SHARE On Facebook On Twitter On Digg On Google +
BLOGS MODERN WORLD HUB WOMENSPOWER HUB WEB PROMOTION HUB SPORTS POWER HUB
Reports emerged this week of a system implemented by the Saudi government, which provides men with text-message notifications if their wives leave or enter the country – throwing the spotlight on the issue of male guardianship in the country. The reports were sparked by a Saudi couple who left the country for a holiday and the husband was surprised to receive a text message from the Ministry of Interior (MOI) providing information on the time and airport from which his “dependent” left the country. Click here It has been clarified that the system is in fact nothing new, and has been available for men who registered for it for a couple of years now. The only difference is that men who did not actively sign up for the service are now also receiving the notifications. Electronic guardianship Saudi blogger and journalist, Ahmed Al Omran, has also pointed out that the monitoring system is not only for women but for when any “dependents” leave or enter the country. “In Saudi Arabia, that includes not only your underage sons and daughters, but also your wife (and other women under your custody) as well as foreign workers sponsored by you. Dependents are not allowed to leave the country without permission from their guardian or sponsor.” The text messages do not provide any further information as to the destination of the dependent or expected return date of that person. Providing an explanation for the notifications suddenly being received by people who haven’t knowingly signed up for it, Omran says in April 2012 the MOI introduced a new system of electronic services named ‘Absher’. “The goal of the new system, according to a statement published by the state news agency, is to make it easier for citizens and residents to deal with the ministry ‘without having to visit the passport office’. The system is part of a larger e-government plan to use technology in order to facilitate access to its services,” says Omran. The new system replaces the ‘yellow slip’ that women previously had to have signed by their male guardians to provide consent for them to leave the country. Omran explains: “To take advantage of the new service, you would need to register on the MOI Web site. When you register, you must provide your mobile number for authentication. The number then remains stored and connected to your ID on the MOI database. This is probably why many people started to receive these messages now.” According to Omran, there is currently no means of disabling the text notifications without doing away with the convenience of the electronic services. “The problem is not that there is now an electronic system that sends an SMS when women travel. Some people might actually want this service. The problem is that the government is enforcing rules of male guardianship even on the rest of us who don’t believe in such rules,” says Omran. 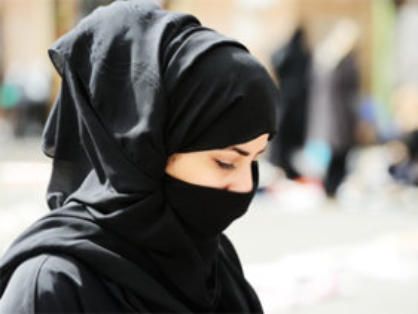 You might also like: New jab to halt wear and tear in your knee joints: Drug halts osteoarthritis progression The disturbing world of the Deep Web or Dark Web: How contract killers and drug dealers use the Internet Why The New York Times Reporting On Straus-Kahn Case Is Bad Reporting?