HOME | STYLE | FAQ | CONTENTS | AUTHOR | ABOUT US | LINK | DL | CHANNEL | CONTACT US | SOCIAL SITES
ALL ARTICLES | SOUTH ASIA | WOMEN RELATED | I NTERNET | PHILOSOPHY |
NEWS | JOKES | QUOTES | VIDEOS |
WEB PAGES
OUR OFFERING
UPLOADED ITEMS
QUESTION * Why are there so many articles on different subjects?
OUR EMAIL kri200@womenspowerbook.org
* Why are there so many accounts on Twitter?
QUESTION
Raise the vol to listen to the lady airing awe @ the SINGLE author encyclopedia
World’s encyclopedic knowledge compacted in your hand
SHARE On Facebook On Twitter On Digg On Google +
BLOGS MODERN WORLD HUB WOMENSPOWER HUB WEB PROMOTION HUB SPORTS POWER HUB
Religious belief generally has been viewed as 'a monolithic construct,' Shariff said. 'Once you split religion into different constructs, you begin to see different relationships. 'In this study, we found two differences that go in opposite directions. If you look at overall religious belief, these separate directions are washed out and you don't see anything. There's no hint of a relationship.' The new findings, he added, fit into a growing body of evidence that supernatural punishment had emerged as a very effective cultural innovation to get people to act more ethically with each other. In 2003, he said, Harvard University researchers Robert J. Barro and Rachel M. McCleary had found that gross domestic product was higher in developed countries when people believed in hell more than they did in heaven. 'Supernatural punishment across nations seems to predict lower crime rates,' Shariff said. 'At this stage, we can only speculate about mechanisms, but it's possible that people who don't believe in the possibility of punishment in the afterlife feel like they can get away with unethical behavior. There is less of a divine deterrent.' He added, however, that these are correlational data, and so caution should be taken with the conclusions. Though Shariff and study co-author Mijke Rhemtulla of the Center for Research Methods and Data Analysis at the University of Kansas tried to account for obvious alternative explanations, more research is needed to explore other interpretations for the findings. 'This research provides new insights into the potential influences of cultural and religious beliefs on key outcomes at a societal level,' said Kimberly Andrews Espy, vice president for research and innovation. 'Although these findings may be controversial, dissecting the associations between specific belief systems and epidemiologic behaviors is an important first step for social scientists to disentangle the complex web of factors that motivate human behavior.' 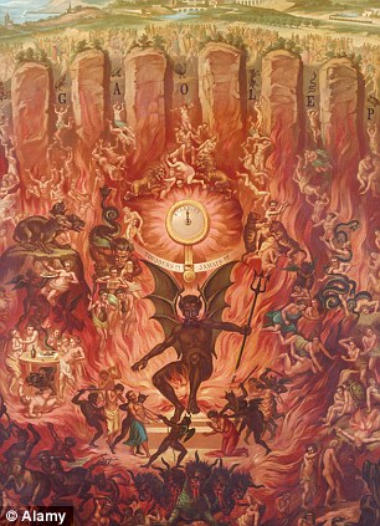 You might also like: 7 Movies That Put Insane Work Into Details You Didn't Notice 9 Famous Movie Villains Who Were Right All Along Will There Be a Clash of Civilizations With Islam?