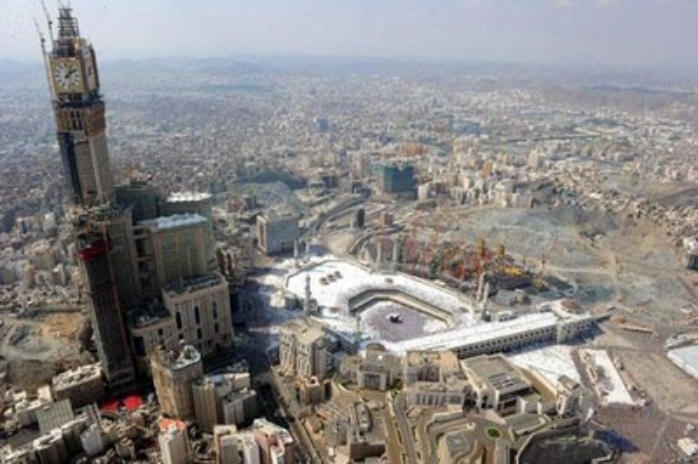 Behind closed doors – in places where the religious police cannot listen in – residents of Mecca are beginning to refer to their city as Las Vegas, and the moniker is not a compliment. Click HERE to download graphic: Mecca For The Rich (430.39kB) Over the past 10 years the holiest site in Islam has undergone a huge transformation, one that has divided opinion among Muslims all over the world. Once a dusty desert town struggling to cope with the ever-increasing number of pilgrims arriving for the annual Hajj, the city now soars above its surroundings with a glittering array of skyscrapers, shopping malls and luxury hotels. To the al-Saud monarchy, Mecca is their vision of the future – a steel and concrete metropolis built on the proceeds of enormous oil wealth that showcases their national pride. Yet growing numbers of citizens, particularly those living in the two holy cities of Mecca and Medina, have looked on aghast as the nation's archaeological heritage is trampled under a construction mania backed by hardline clerics who preach against the preservation of their own heritage. Mecca, once a place where the Prophet Mohamed insisted all Muslims would be equal, has become a playground for the rich, critics say, where naked capitalism has usurped spirituality as the city's raison d'être.
You might also like: How Did The BJP/Modi Manage to Get a Landslide Victory in The 2014 Elections in India? 44-Year-Old Fetus Still Inside 84-Year-Old Brazilian Woman Special report: Sugar - the bitter truth?