google.com, pub-2949090015312524, DIRECT, f08c47fec0942fa0 -->
Sex and the Superbug: The rise of drug-resistant Gonorrhea
Read full article
ABSTRACT: MEDICAL DISPATCHES about the rise of drug- resistant gonorrhea. In January, 2009, a thirty-one-year-old prostitute visited a clinic in Kyoto, Japan, for a routine checkup. Because sex workers are so likely to acquire sexually transmitted diseases, many have themselves checked for infections even in the absence of symptoms. Inde- ed, although the woman displayed no outward signs of gonorr- hea, her lab test came back positive; she carried the gonococ- cus microbe in her throat, a common reservoir. After a second visit, doctors at the clinic gave her an injection of ceftriaxone, an antibiotic considered by infectious-disease experts to be the definitive treatment for gonorrhea. It didn’t work; two weeks later, when she returned to the clinic, a throat culture again tested positive. She was given another dose, but it, too, failed, and, at first, doctors assumed that she had been newly infected. Now, however, public-health experts view the Kyoto case as something far more alarming: the emergence of a strain of gonorrhea that is resistant to the last drug available against it, and the harbinger of a sexually transmitted global epidemic. “The microbe appears to be emerging as a superbug,” Dr. Mag- nus Unemo, the head of the World Health Organization’s Collaborating Center for Gonorrhea and Other Sexually Transmitted Infections, in Sweden, told me recently. “This is what we have feared for many years.” Gonorrhea is the second most commonly reported infectious disease in the United States, after chlamydia. More than three hundred thousand new cases are reported each year to the Centers for Disease Control, although the actual incidence is probably twice as high. A hundred million annual cases are estimated worldwide. Symptoms, when they occur, are very painful: swelling and a burning sensation in the urethra or the urinary tract, often acc- ompanied by the release of pus. Untreated, gonorrhea in men can lead to scarring of the urethra and, eventually, to epididymitis, a painful condition of the testicles that can result in sterility. In women, the infection can migrate from the cervix into the uterus and the fall- opian tubes, causing pelvic inflammatory disease and infertility. Infants born to mothers with gonorrhea can contract the infection in the eye and become blind. In some cases, among both men and women, the microbe enters the bloodstream, infecting the joints, the skin, the heart valves, and even the brain; it also increases one’s susceptibility to H.I.V. Remarkably, more than fifty per cent of women infected with gonorrhea display no sympt- oms at all; they carry and transmit it unaware. While gonorrhea in the throat may cause soreness, ninety per cent of throat infections, like the Kyoto case, produce no symptoms whatsoever. Gonorrhea has been recognized since antiquity. The second-century physician Galen, mistaking pus for semen, derived the name from the Greek words gonos (“seed”) and rhoia (“flow”). In the time of the Tudors, gonorrhea was called “the clap,” a term that was still in use when, in 1760, at the age of nineteen, James Boswell, the journalist and the biographer of Samuel Johnson, was first infected by a London prostitute. He apparently contracted the disease at least a dozen more times; the infection spread to his testicles and prostate and scarred his urinary tract. (In his diary, he referred to his malady as “Signor Gonorrhea” and “a memorandum of vice.”) He died, at fifty-four, of kidney failure brought on, some medical historians believe, by complications from the disease. In 1901, the New York City medical examiner, the founder of a “social hygiene” movement, estim- ated that eighty of a hundred men in the city had contracted gonorrhea at some point in their lives. Cures ranged from the absurd to the excruciating. At various times, Boswell tried bloodletting, a low-calorie diet, and a daily bottle of Kennedy’s Lisbon Diet Drink, which cost a lot, contai- ned mostly sarsaparilla, and did nothing. In some cases, a doctor might use a thin tube to open the blocked urethra and, with a syringe, inject a solution of vitriol—sulfuric acid—or salt solutions made with mercury or lead, which over time could do as much damage as the dise- ase. The historian Allan Brandt describes a cure proposed by one physician for chordee, a com- plication of gonorrhea that causes the head of the penis to curve downward. The affected mem- ber, the physician wrote, should be placed “with the curve upward on a table and struck a violent blow with a book . . . and so flattening it.” In the nineteen-thirties, antibiotics changed the clinical picture of gonorrhea and other sexually transmitted diseases, and, with it, social attitudes. Once feared for its devastating complications, gonorrhea was now viewed as a bothersome but temporary price to pay for sexual freedom. 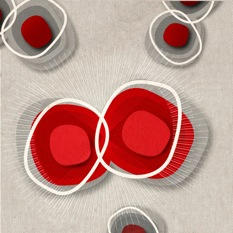 HOME | STYLE | FAQ | CONTENTS | AUTHOR | ABOUT US | LINK | DL | CHANNEL | CONTACT US | SOCIAL SITES
ALL ARTICLES | SOUTH ASIA | WOMEN RELATED | I NTERNET | PHILOSOPHY |
NEWS | JOKES | QUOTES | VIDEOS |
WEB PAGES
OUR OFFERING
UPLOADED ITEMS
QUESTION * Why are there so many articles on different subjects?
OUR EMAIL kri200@womenspowerbook.org
* Why are there so many accounts on Twitter?
QUESTION
Raise the vol to listen to the lady airing awe @ the SINGLE author encyclopedia
World’s encyclopedic knowledge compacted in your hand
SHARE On Facebook On Twitter On Digg On Google +
BLOGS MODERN WORLD HUB WOMENSPOWER HUB WEB PROMOTION HUB SPORTS POWER HUB
You might also like: Grey hair 'a thing of the past' after scientists discover why follicles become discoloured Why Gandhi opted for Nehru and not Sardar Patel Enjoy articles that deal with Net and Social Media