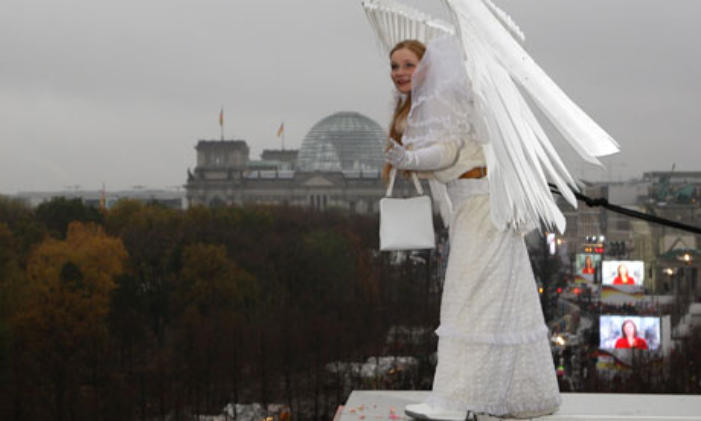 hey are sending missionaries to eastern Germany. A recent study called Beliefs About God Across Time and Countries found that 52.1% of people asked whether they believed in God identified themselves as atheists. This compared with only 10.3% in western Germany. Indeed, the survey was unable to find a single person under the age of 28 in eastern Germany who believed in God. Obviously there are some – I think I may have even met some once – but the survey was unable to find them. On the face of it this is an extraordinary finding and it is something that needs some careful explanation. Different reasons are adduced for the absence of religion in the east. The first one that is usually brought out is the fact that that area was run by the Communist party from 1945 to 1990 and that its explicit hostility to religion meant that it was largely stamped out. However, this is not entirely the case. In fact, after initial hostilities in the first years of the GDR, the SED came to a relatively comfortable accommodation with what was called the Church in Socialism. The churches in the GDR were given a high degree of autonomy by SED standards and indeed became the organisational focus of the dissident movement of the 1990s, which was to some extent led by Protestant pastors. In addition to an accommodation with religion, the party also deliberately created alternative poles of integration for the population. Young people were brought up in a highly ideological atmosphere and were required to undergo a so-called Jugendweihe – a sort of atheist confirmation. Interestingly, this ceremony has survived the end of communism and many young people still voluntarily enter into it. Equally, especially under Eric Honecker in the 1970s and 80s, an attempt was made to create a sort of "GDR patriotism", in which figures from Prussian history such as Frederick the Great were put back on their plinths in East Berlin and integrated into the Communist narrative of the forward march of history. Martin Luther, Thomas Münzer and other figures from the Reformation were also recruited into the party. Another factor is that religion in eastern Germany is also overwhelmingly Protestant, both historically and in contemporary terms. Of the 25% who do identify themselves as religious, 21% of them are Protestants. The other 4% is made up of a small number of Catholics as well as Muslims and adherents of other new evangelical groups, new-age sects or alternative religions. The Protestant church is in steep decline with twice as many people leaving it every year as joining.
You might also like: In Praise of India 30 Famous Quotations Full Moon 'disturbs a good night's sleep' Sir Mark Tully: The Christian who believes in karma